For More Articles on SheThePeople.TV 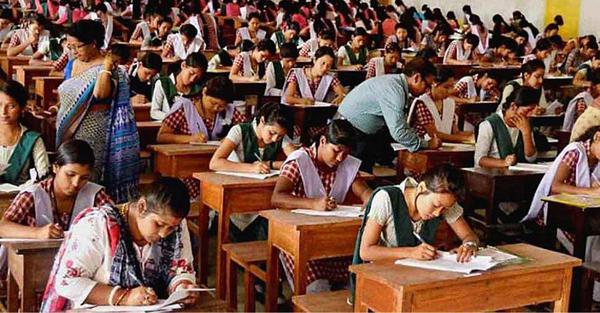 The administrators at the centre cited NEET guidelines claiming that the metal detectors would detect the bras. 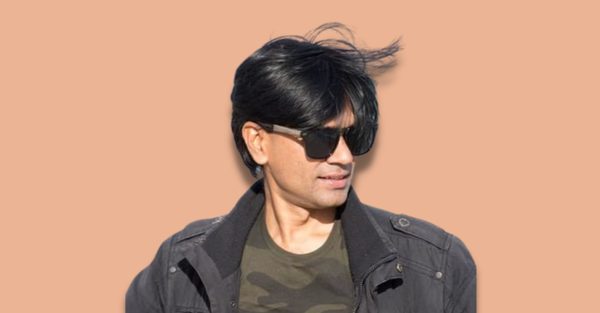 “The continued detention given to him was not justified,” said the SC bench headed by justice DY Chandrachud, according to sources. 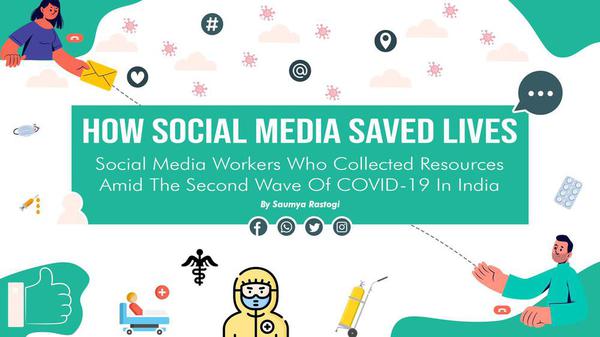 There was a shortage of vaccines, hospital beds, oxygen cylinders, and other medical supplies in parts of the country. There was also a public outcry against the government which was accused of mismanagement and ignorance of data. A forum of scientific advisers set up by the government warned Indian officials in early March of a new and more contagious variant of the coronavirus taking hold in the country, Reuters reported in May during the second wave. Citing government negligence and lack of resources, citizens took it upon themselves to collect resources for patients. They used social media to do so. Here are some of their stories. 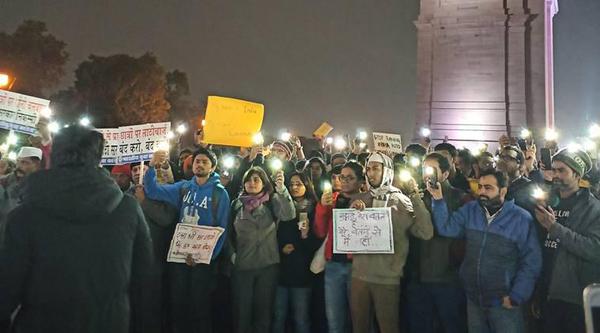 Protests Spread Across The Country In Support Of Jamia Millia Students

The nation is engulfed in student protests across universities, over the Citizenship (Amendment) Act and the police brutality that was meted out to students from Jamia Millia Islamia University in Delhi and Aligarh Muslim University in Uttar Pradesh. “As a student and citizen of India, it’s my right to speak up against discrimination and injustice,” says Aanchal Goswami, a student. Is she wrong to think that? Must student protests be “controlled” using lathi charges and tear gas? Is it okay for 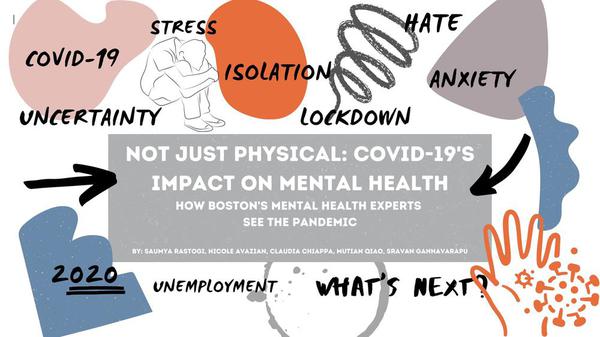 As a sophomore in high school, Thanh Phan was in an accident and suffered a small brain injury. Little did she know that this incident would lead her to her passion, and eventually her career. “I remember that time, it was very tough for both my parents and myself. I just remember (thinking) like, 'I wish I could go into a field to understand the brain and human connection more." As a result, Phan decided to major in neuroscience, on her way to fulfilling her wish to learn more about the human 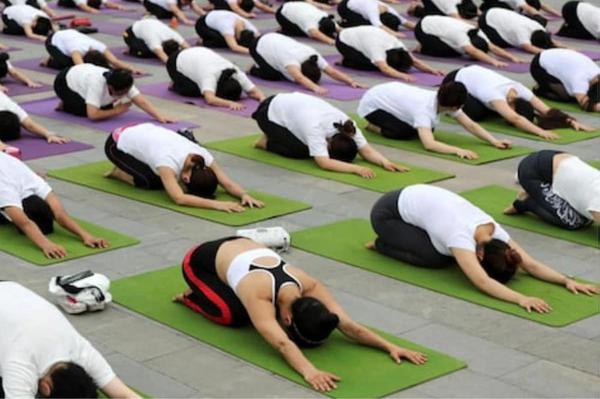 You Don't Have to Be a 'Consumeristic Slave' to Embrace Yoga. Here's Why

Yoga, a 5000-year-old Indian practice, is now a tool for the elites to be healthy and attain a certain standard of beauty. In today’s consumeristic age, yoga has birthed a billion-dollar industry, and the popular perception is that to embrace yoga, one has to spend lots of money. If you wish to meditate, you will have to subscribe to meditation Apps; if you want to learn yoga, you need to enroll in a yoga studio, which will not only require you to pay but also will expect you to show up in the ‘ 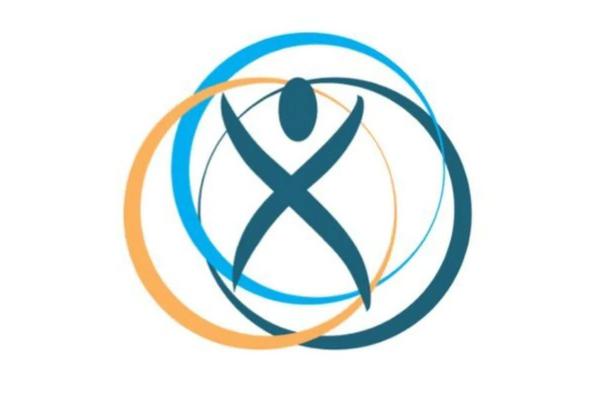 Nearly 4L Kids are Hit by Fragile X Syndrome in India: What You Need to Know About This Rare Disorder

Verified health-related information is the strongest armour anyone can have to protect themselves and their families from the slew of new diseases we hear about during the Covid-19 pandemic. However, in the deluge of pandemic related news, conversations about many rare diseases have come to a halt, leaving the families coping with such disorders vulnerable and isolated. One such rare disorder that needs urgent conversation, especially in the public domain, is the Fragile X syndrome (FXS). For t 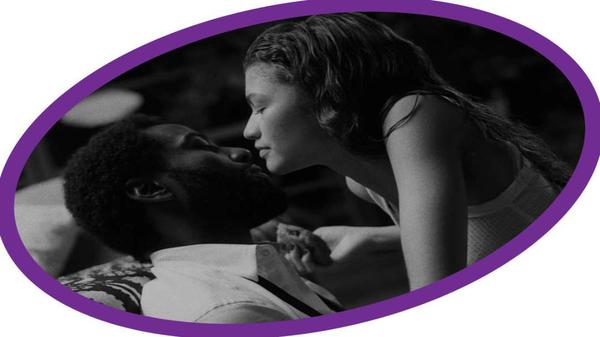 A TUMULTUOUS NIGHT BETWEEN LOVER AND THE MUSE

For a classical musician, this is a challenging topic to talk about. But I am here to speak about some deep realisations that I have had, and I will stay true to that. Over the many centuries that classical music has been around in India, it has been passed on only through the oral tradition. A musician can become one only if he or she surrenders to a ‘Guru’ completely. The musician has to trust him or her, unconditionally, to guide and lead the path to musical and therefore spiritual, salvation 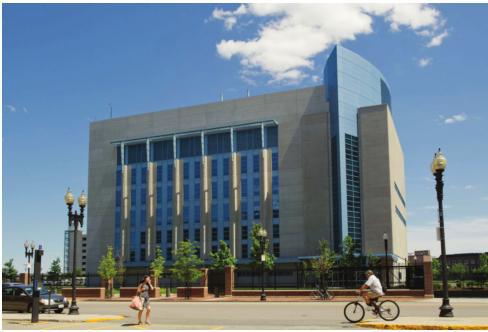 The National Emerging Infectious Diseases Laboratories on Albany Street has been studying the SARS-CoV-2 virus since the pandemic began. Intended for studying deadly pathogens like the Ebola virus and Zika virus, NEIDL started its research on COVID-19 to understand the disease better. The building has a biosafety level 4 lab that studies the effects of the virus on artificially grown lung replicas. Biosafety levels are ranges of safety protocols and containment levels required in labs. “The vir 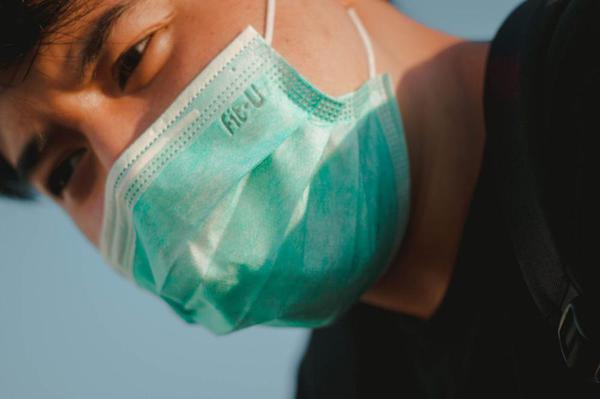 RECAP: Will the Omicron variant ever let us get back to normal?

Omicron, or B.1.1.529, the latest COVID-19 variant named by the World Health Organization, is crossing borders fast and has the potential to add to the struggles of countries still dealing with the Delta variant. “Early evidence shows that it poses a rising risk that individuals who had already had COVID-19 could catch it again,” the WHO stated on their website. First flagged in parts of Africa, including Botswana and South Africa, earlier this month, the exact origins of the new variant are s 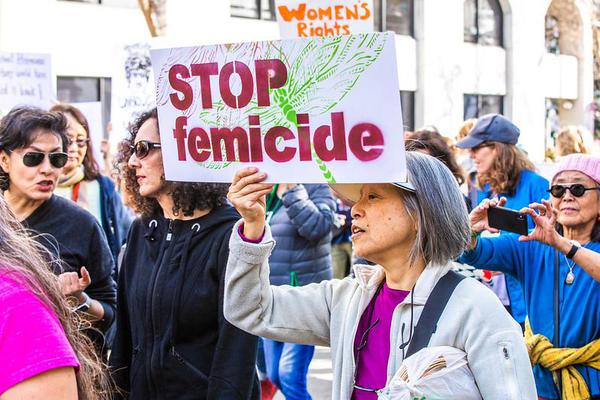 It was on Wednesday, Oct. 20, 2021, when a man who admitted to killing his 22-year-old wife pleaded not guilty in a court in Vermont. State police stated that Joseph Ferlazzo, 41, informed detectives he had murdered Emily Ferlazzo on Saturday, Oct. 16, in their car in Bolton, Vermont. But at his hearing on a first-degree murder charge in Vermont Superior Court the following Wednesday, his lawyer recorded a not guilty plea. But as the case of Emily Ferlazzo’s death continues, it is hard not to 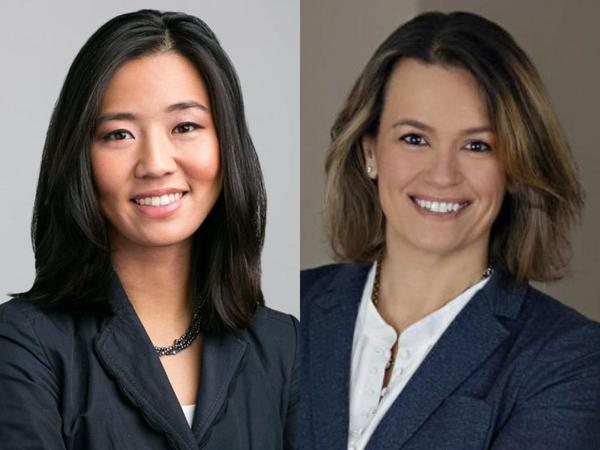 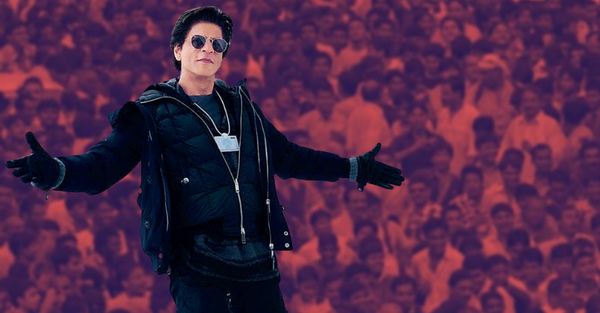 The Bollywood Hero Who Taught Us How To Love, Fly And Win

I fell in love with Shah Rukh Khan (SRK) the minute I was born. I remember my mother telling me that she was watching “Dilwale Dulhaniya Le Jaayenge” (DDLJ) after I was born. That is when my one-sided love began for this larger-than-life figure who was ruling hearts in India. Now, some 20 years later, his son, Aryan Khan, has hit the national headlines for all the wrong reasons. The Narcotics Control Bureau (NCB) apprehended Aryan on drug charges. No drugs were found on him, but he was been den

‘House Of Secrets’: The Right Step Towards Talking Mental Health In India

House of Secrets: The Burari Deaths’ is a new Netflix docu-series directed by Leena Yadav. From including the many conspiracy theories to showing the truth, the docu-series reveals itself like a work of fiction, grounded in a solid screenplay. However, as chilling as the docu-series is, it fails to answer some pertinent questions about the patriarchal hold in many households, secretive families, and religious dogma.

Protests Spread Across The Country In Support Of Jamia Millia Students

The nation is engulfed in student protests across universities, over the Citizenship (Amendment) Act and the police brutality that was meted out to students from Jamia Millia Islamia University in Delhi and Aligarh Muslim University in Uttar Pradesh. “As a student and citizen of India, it’s my right to speak up against discrimination and injustice,” says Aanchal Goswami, a student. Is she wrong to think that? Must student protests be “controlled” using lathi charges and tear gas? Is it okay for 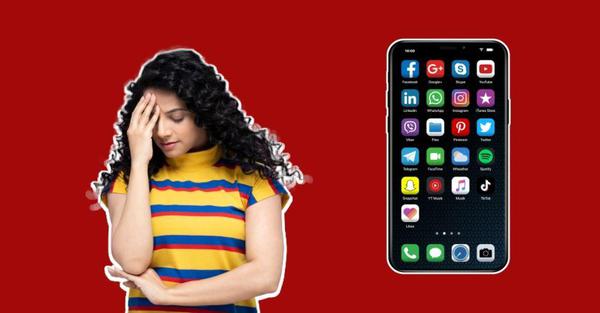 ‘#GlowUp’: A Viral Instagram Trend Or A Constant Pressure To Be Beautiful?

A generation that grew up using social media and the internet has different standards set for themselves. Gen-Z wants to look the best, wear the best clothes and do the trendiest things going on. So here comes the #GlowUp Trend, which had Instagram ablaze. Millions of people were posting reels of their before and after appearances using quirky music and smooth transitions. But what this has done is created a toxic environment for the Gen-Z, whose minds are impressionable. ‘GlowUp’ Trend Or A Co 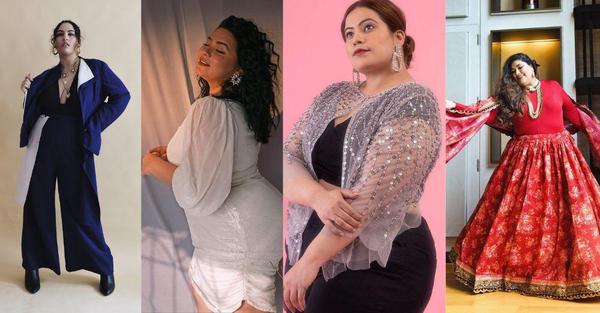 They Give Me An ‘M’ Size Dress And Ask Me To Fit In: Being A Plus-Size Model In India

The perfect body for a model is supposed to be lean and tall. Therefore, the average size of a model in the industry should be less than UK 4, and anything beyond that is deemed unacceptable. However, in recent years there has been a wave of plus-size models breaking conventions of beauty. Ashley Graham was on the cover of Vogue, Candice Huffine walked down the runway for Prabal Gurung during New York Fashion Week, and Paloma Elsesser modelled nude on a billboard advertisement for Glossier’s Bo 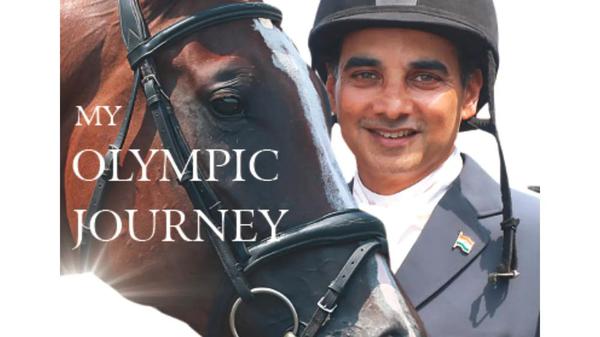 'Riding Free: My Olympic Journey' is An Insightful Memoir of Imtiaz Anees, The Equestrian Who Made India Proud

Equestrian as a sport has been linked with royalty. Until Imtiaz Anees became the second Indian rider and the only one from India to finish an equestrian event at the Olympics in Sydney in 2000, the sport was also mainly dominated by the military soldiers. After Anees, only Fouaad Mirza has qualified for the Tokyo Olympics. Anees penned his moving journey in his memoir Riding Free: My Olympic Journey, which hit the stands recently and was published by Harper Collins. It is perhaps the most appr 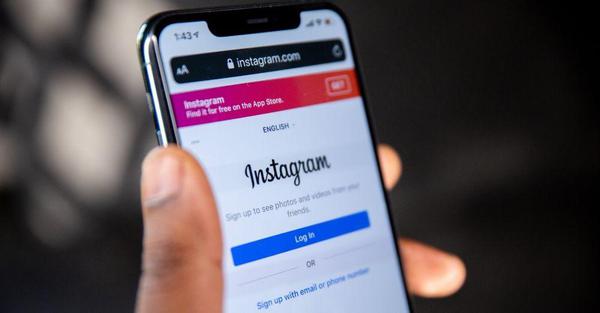 How Inspirational: 3 Women Who Turned Their Hobbies Into A Business Post COVID

During the pandemic, many small businesses had to close down due to financial losses or zero profitability. Many people lost their jobs as well. Over 122 million people in India lost their jobs in April, according to estimates by the Centre for Monitoring Indian Economy. Around 75% of them were small traders and wage-labourers. However, what thrived were small Instagram businesses that came up during the lockdown. One such business owner is Rasha, a 24-year-old of the Instagram shop, Clayed by 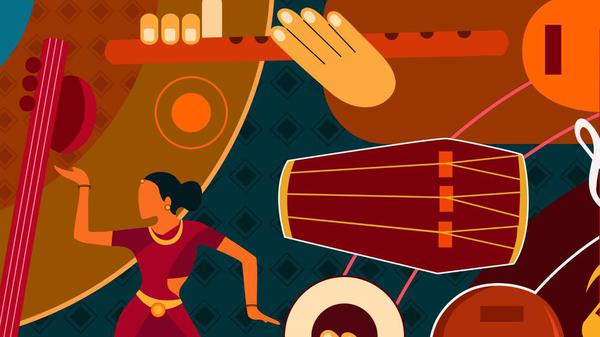 During the COVID-19 pandemic many of us have picked up new hobbies or learnt new skills. Some have enrolled for language lessons, while others are exploring their passion for music, and learning to play new music instruments. However, if you are someone who doesn’t quite want to put in that much effort into learning music, but wants to enrich his understanding of classical musical forms, we recommend you try out the social media venture — Minna Minni. Minna Minni is a classical music platform l
Load More Articles
Close ✕